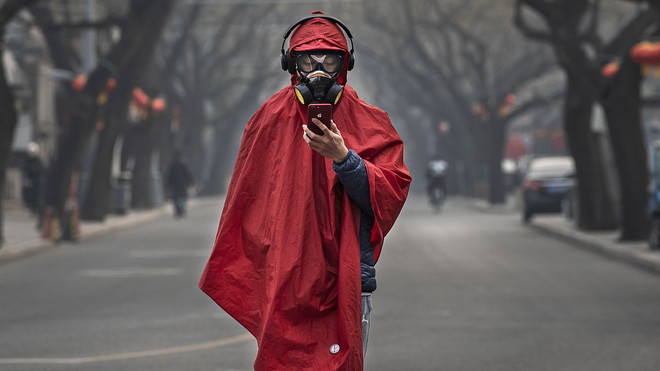 At least when you look at the number of people that died in the early COVID-19 outbreak in New York City.

The COVID-19 pandemic has the potential to become more deadly than the 1918 flu pandemic, a new study suggests.

Remembered as the deadliest pandemic in recent history, the 1918 influenza pandemic infected one-third of the world’s population and killed at least 50 million people, 675,000 of them in the U.S., according to the Centers for Disease Control and Prevention (CDC). At the time, there were no vaccines and no antibiotics to treat secondary infections that inevitably popped up in flu patients. However, society employed measures like the ones being used today to curb the spread, such as imposing quarantines and endorsing good personal hygiene, according to the CDC.

Over a century later, the world has found itself in the grip of another pandemic, this one caused by the coronavirus SARS-CoV-2 — and it’s still not clear just how deadly it is. The virus has now infected at least 22.2 million people and has claimed at least 783,525 lives worldwide, according to the Johns Hopkins dashboard. RECOMMENDED VIDEOS FOR YOU…https://www.ultimedia.com/deliver/generic/iframe?mdtk=02003698&width=405&height=300&zone=2&src=fxpm5l&type_player=0&sendstats=0&visible=&tagparam=&tagparamdecoded=&gdprconsentstring=&autoplay=yes&urlfacebook=https%3A%2F%2Fwww.livescience.com%2F1918-flu-covid-19-comparison.html&ad=1&title=How%20Does%20the%20COVID-19%20Pandemic%20Compare%20to%20the%20Last%20Pandemic%3F&endMessage=um_ultimedia_wrapper_ultimediaEndRoll&widgetPrefix=um_ultimedia_wrapper_&muteForced=1&muteState=1&plindex=1&fstart=1

To compare the current pandemic with last century’s, a group of researchers focused on a sliver of the world that was hard hit by both viruses. In the spring, SARS-CoV-2 hammered New York City, causing more than 19,000 known deaths — and more than 4,600 probable deaths or those that were likely caused by COVID-19 but there aren’t positive laboratory tests to confirm, according to the NYC Department of Health and Mental Hygiene.

The researchers specifically analyzed deaths from all causes in New York City in October and November of 1918 — the peak of the influenza pandemic in the city — and compared them with all-cause deaths in the same months since 1914. They then calculated all-cause deaths for March 11 to May 11 of this year in New York City, when the COVID-19 outbreak peaked and subsided in New York. The time periods they compared were each 61 days long.

The researchers chose to compare the early outbreak in NYC with the peak of the 1918 flu, rather than with the milder influenza wave that hit in the spring of 1918, so that “people can get context for how serious,” this modern outbreak is, said lead author Dr. Jeremy Faust, an emergency physician at the Brigham and Women’s Hospital in Boston and instructor at Harvard Medical School.

They found that during the peak of the 1918 influenza outbreak in New York City, a total of 31,589 all-cause deaths (this included death from any cause) occurred among the 5.5 million residents that lived there at the time. The all-cause mortality in the peak of the influenza pandemic in 1918 was 2.8 times higher than during the same months in previous years.

That means that in the peak of the 1918 influenza pandemic in NYC about 287 per 100,000 people died a month from any cause in NYC, whereas during the early COVID-19 outbreak, about 202 per 100,000 people died a month in the city. So the all-cause mortality during the spring of 2020 was 70% of the all cause mortality during the fall of 1918. “When we do that, we see that COVID-19 really does have the potential and has already unfortunately caused per capita death rates that were in the same ballpark,” Faust told Live Science.

Related: Here are the most promising coronavirus vaccine candidates

“Its a bigger shock to our system, but that’s a little bit unfair because we started off at a lower death rate,” than there was in 1918, due to advances in hygiene, medicine, public health and safety, Faust said. Really, we don’t yet know if the 1918 pandemic or the COVID-19 pandemic is more deadly, he added. Maybe what happened in New York in the spring was a “freak thing,” before interventions such as masks and shutdowns took hold; or maybe the numbers will slowly creep up to match the death tolls seen in the 1918 flu until an effective vaccine is found.

One limitation of the study is that it’s not possible to directly compare how infectious and harmful the two viruses are to people and it’s unknown how many deaths from SARS-CoV-2 were prevented because of modern interventions that weren’t available a century ago, the authors wrote. Related Content

“All we know is that in this little slice of time that we looked at, there are certainly enough resemblances that it can’t be just shrugged off,” Faust said. “We’ve asked the question how did this compare to the worst pandemic in modern history, and we’ve given the first possible window into that and I think that further research will give us more answers as to whether it’s not as bad, similar or worse.”

In the meantime, the take-home message is that shutting down hard-hit places, social distancing, quarantining and wearing masks are critical. “Unlike any other pandemic we’ve ever confronted, flattening the curve can actually do more than just slow down the death rate … it can actually buy us time to get a vaccine,” Faust said. “If you don’t do these things, mayhem of historic proportions is actually possible. It’s not guaranteed, but it’s possible.”

The findings were published Aug. 13 in the journal JAMA Network Open.