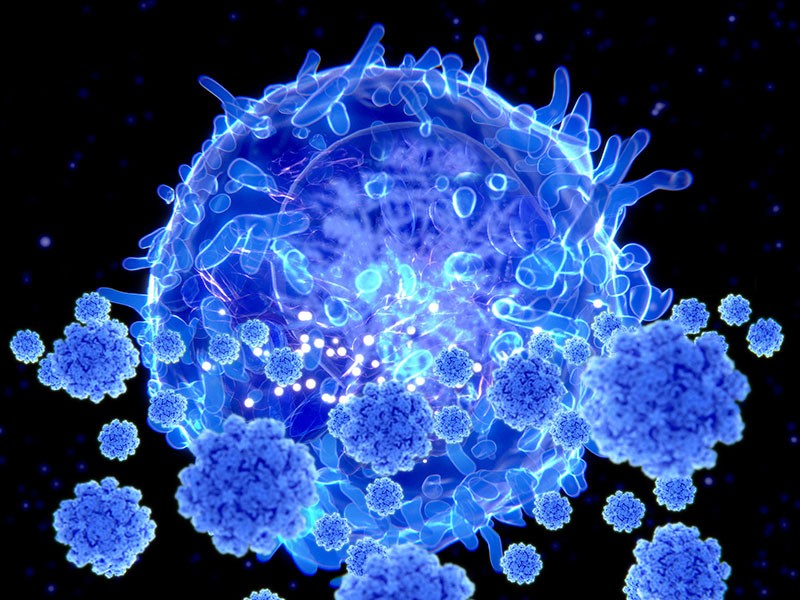 In the race against emerging coronavirus variants, researchers are looking beyond antibodies for clues to lasting protection from COVID-19. Heidi Ledford source:Nature.com 12 February 2021

Concerns about coronavirus variants that might be partially resistant to antibody defences have spurred renewed interest in other immune responses that protect against viruses. In particular, scientists are hopeful that T cells — a group of immune cells that can target and destroy virus-infected cells — could provide some immunity to COVID-19, even if antibodies become less effective at fighting the disease.

Researchers are now picking apart the available data, looking for signs that T cells could help to maintain lasting immunity.

“We know the antibodies are likely less effective, but maybe the T cells can save us,” says Daina Graybosch, a biotechnology analyst at investment bank SVB Leerink in New York City. “It makes sense biologically. We don’t have the data, but we can hope.”How to redesign COVID vaccines so they protect against variants

Coronavirus vaccine development has largely focused on antibodies, and for good reason, says immunologist Alessandro Sette at the La Jolla Institute for Immunology in California. Antibodies — particularly those that bind to crucial viral proteins and block infection — can hold the key to ‘sterilizing immunity’, which not only reduces the severity of an illness, but prevents infection altogether.

That level of protection is considered the gold standard, but typically it requires large numbers of antibodies, says Sette. “That is great if that can be achieved, but it’s not necessarily always the case,” he says.

T cells do not prevent infection, because they kick into action only after a virus has infiltrated the body. But they are important for clearing an infection that has already started. In the case of COVID-19, killer T cells could mean the difference between a mild infection and a severe one that requires hospital treatment, says Annika Karlsson, an immunologist at the Karolinska Institute in Stockholm. “If they are able to kill the virus-infected cells before they spread from the upper respiratory tract, it will influence how sick you feel,” she says. They could also reduce transmission by restricting the amount of virus circulating in an infected person, meaning that the person sheds fewer virus particles into the community.Vaccines are curbing COVID: Data from Israel show drop in infections

T cells could also be more resistant than antibodies to threats posed by emerging variants. Studies by Sette and his colleagues have shown that people who have been infected with SARS-CoV-2 typically generate T cells that target at least 15–20 different fragments of coronavirus proteins1. But which protein snippets are used as targets can vary widely from person to person, meaning that a population will generate a large variety of T cells that could snare a virus. “That makes it very hard for the virus to mutate to escape cell recognition,” says Sette, “unlike the situation for antibodies.”

So when laboratory tests showed that the 501Y.V2 variant identified in South Africa (also called B.1.351) is partially resistant to antibodies raised against previous coronavirus variants, researchers wondered whether T cells could be less vulnerable to its mutations.

Early results suggest that this might be the case. In a preprint published on 9 February, researchers found that most T-cell responses to coronavirus vaccination or previous infection do not target regions that were mutated in two recently discovered variants, including 501Y.V22. Sette says that his group also has preliminary evidence that the vast majority of T-cell responses are unlikely to be affected by the mutations.

If T cells remain active against the 501Y.V2 variant, they might protect against severe disease, says immunologist John Wherry at the University of Pennsylvania in Philadelphia. But it is hard to know from the data available thus far, he cautions. “We’re trying to infer a lot of scientific and mechanistic information from data that doesn’t really have it to give,” he says. “We’re kind of putting things together and building a bridge across these big gaps.”

Researchers have been analysing clinical-trial data for several coronavirus vaccines, to look for clues as to whether their effectiveness fades in the face of the 501Y.V2 variant. So far, at least three vaccines — a protein vaccine made by Novavax of Gaithersburg, Maryland, a single-shot vaccine made by Johnson & Johnson of New Brunswick, New Jersey, and a vaccine made by AstraZeneca of Cambridge, UK, and the University of Oxford, UK — were less effective at protecting against mild COVID-19 in South Africa, where the 501Y.V2 variant dominates, than in countries where that variant is less common.

In the case of AstraZeneca’s vaccine, the results were particularly striking: the vaccine was only 22% effective against mild COVID-19 in a sample of 2,000 people in South Africa. However, that trial was too small and its participants too young for researchers to draw any conclusions about severe disease, says Shane Crotty, an immunologist at the La Jolla Institute for Immunology.Could mixing COVID vaccines boost immune response?

Some coronavirus vaccine developers are already looking at ways to develop next-generation vaccines that stimulate T cells more effectively. Antibodies detect only proteins outside cells, and many coronavirus vaccines target a protein called spike that decorates the surface of the virus. But the spike protein is “quite variable”, suggesting that it might be prone to mutating, says Karlsson, and raising the risk that emerging variants will be able to evade antibody detection.

T cells, by contrast, can target viral proteins expressed inside infected cells, and some of those proteins are very stable, she says. This raises the possibility of designing vaccines against proteins that mutate less frequently than spike, and incorporating targets from multiple proteins into one vaccine.

Biotechnology firm Gritstone Oncology of Emeryville, California, is designing an experimental vaccine that incorporates the genetic code for fragments of several coronavirus proteins known to elicit T-cell responses, as well as for the full spike protein, to ensure that antibody responses are robust. Clinical trials are due to start in the first quarter of this year.

But Gritstone president Andrew Allen hopes that current vaccines will be effective against new variants, and that his company’s vaccine will never be needed. “We developed this absolutely to prepare for bad scenarios,” he says. “We’re half hoping that everything we did was a waste of time. But it’s good to be ready.”