How the Novavax Vaccine Works

How the Novavax Vaccine Works

The Maryland-based company Novavax has developed a protein-based coronavirus vaccine called NVX-CoV2373. The vaccine produced strikingly high levels of antibodies in early clinical trials. In September, the vaccine entered a Phase 3 clinical trial in the United Kingdom, and another one in the United States at the end of December. Those trials will show whether the vaccine is safe and effective. (Update 28 Jan 2021 these proved very successful.)

The SARS-CoV-2 virus is studded with proteins that it uses to enter human cells. These so-called spike proteins make a tempting target for potential vaccines and treatments. 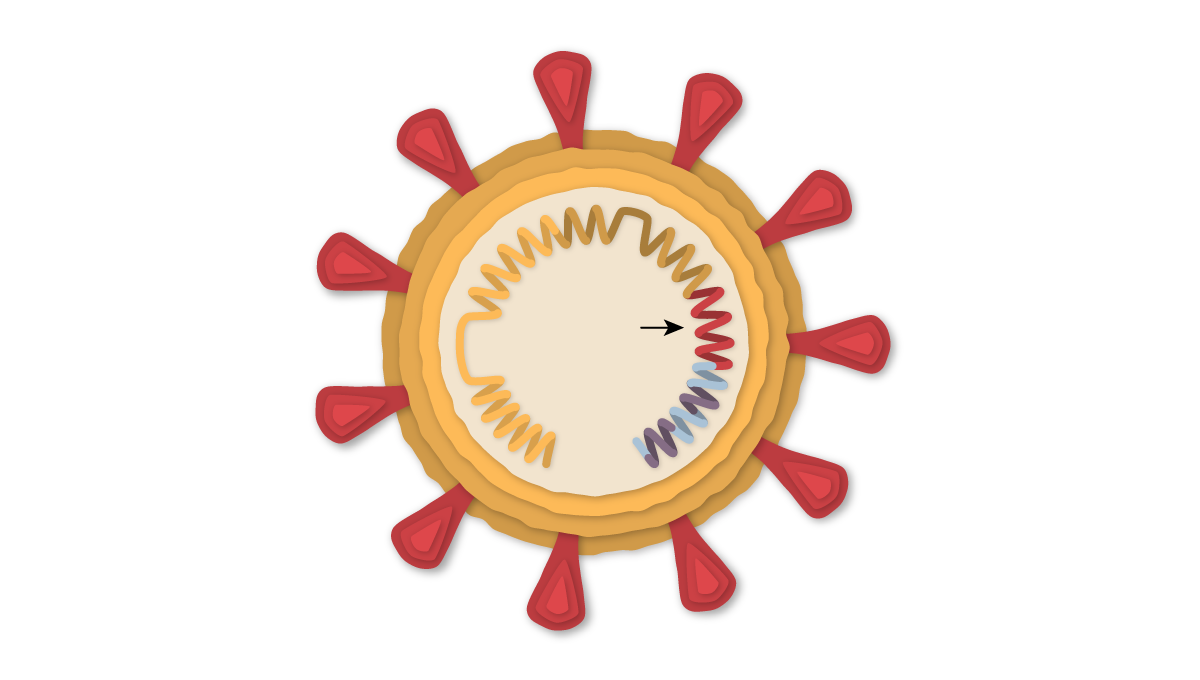 Spike- Protein-gene (inside the circle where the arrow is )

The Novavax vaccine works by teaching the immune system to make antibodies to the spike protein.

To create their vaccine, Novavax researchers started with a modified spike gene. They inserted the gene into a different virus, called a baculovirus, and allowed it to infect moth cells. The infected cells produced spike proteins that spontaneously joined together to form spikes, as they do on the surface of the coronavirus. 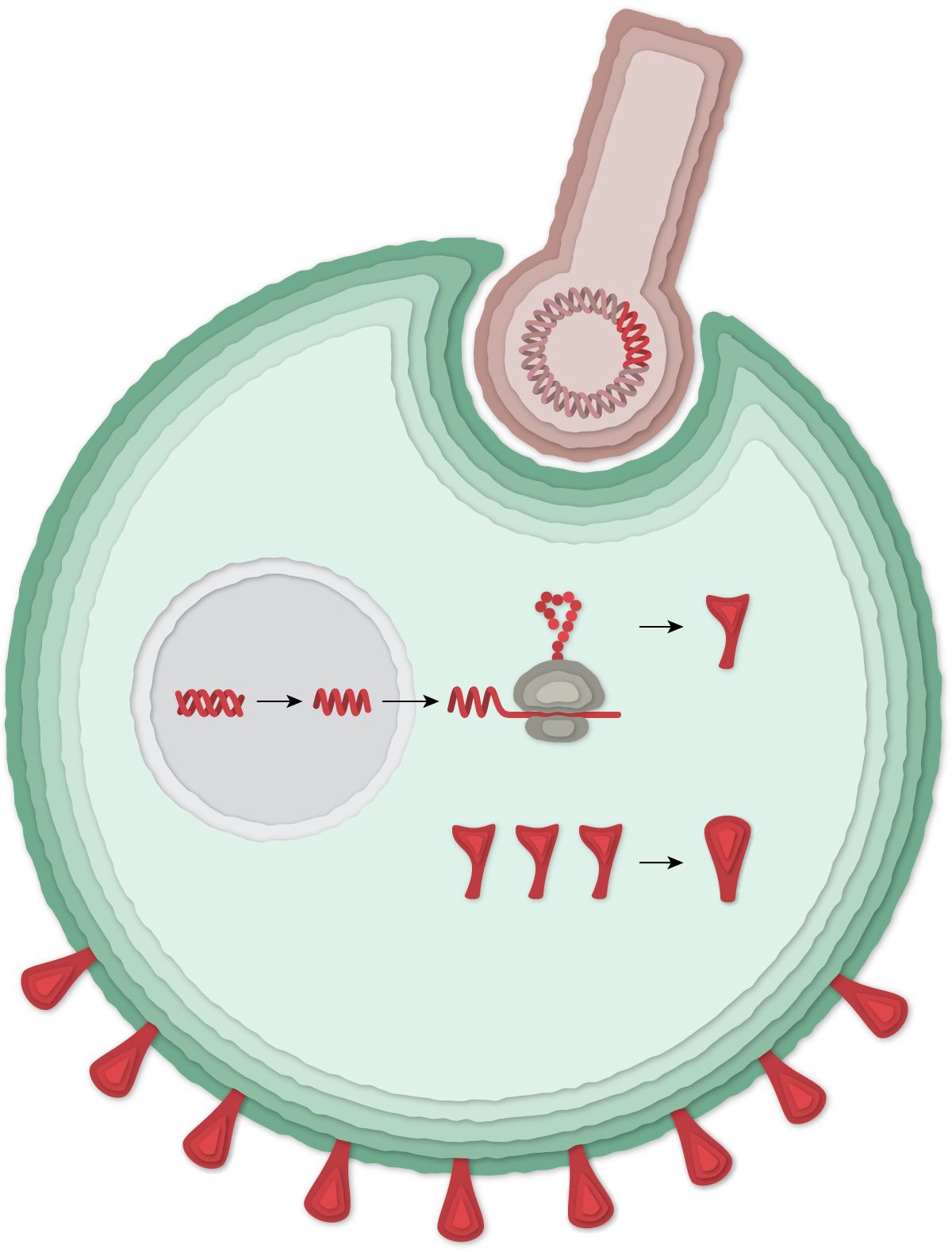 A similar method of growing and harvesting virus proteins is already used to make licensed vaccines for diseases including influenza and HPV.

The researchers harvested the spike proteins from the moth cells and assembled them into nanoparticles. While the nanoparticles mimicked the molecular structure of the coronavirus, they could not replicate or cause Covid-19.

The vaccine is injected into the muscles of the arm. Each injection includes many spike nanoparticles, along with a compound extracted from the soapbark tree. The compound attracts immune cells to the site of the injection and causes them to respond more strongly to the nanoparticles.

Immune cells called antigen-presenting cells encounter the vaccine nanoparticles and take them up. 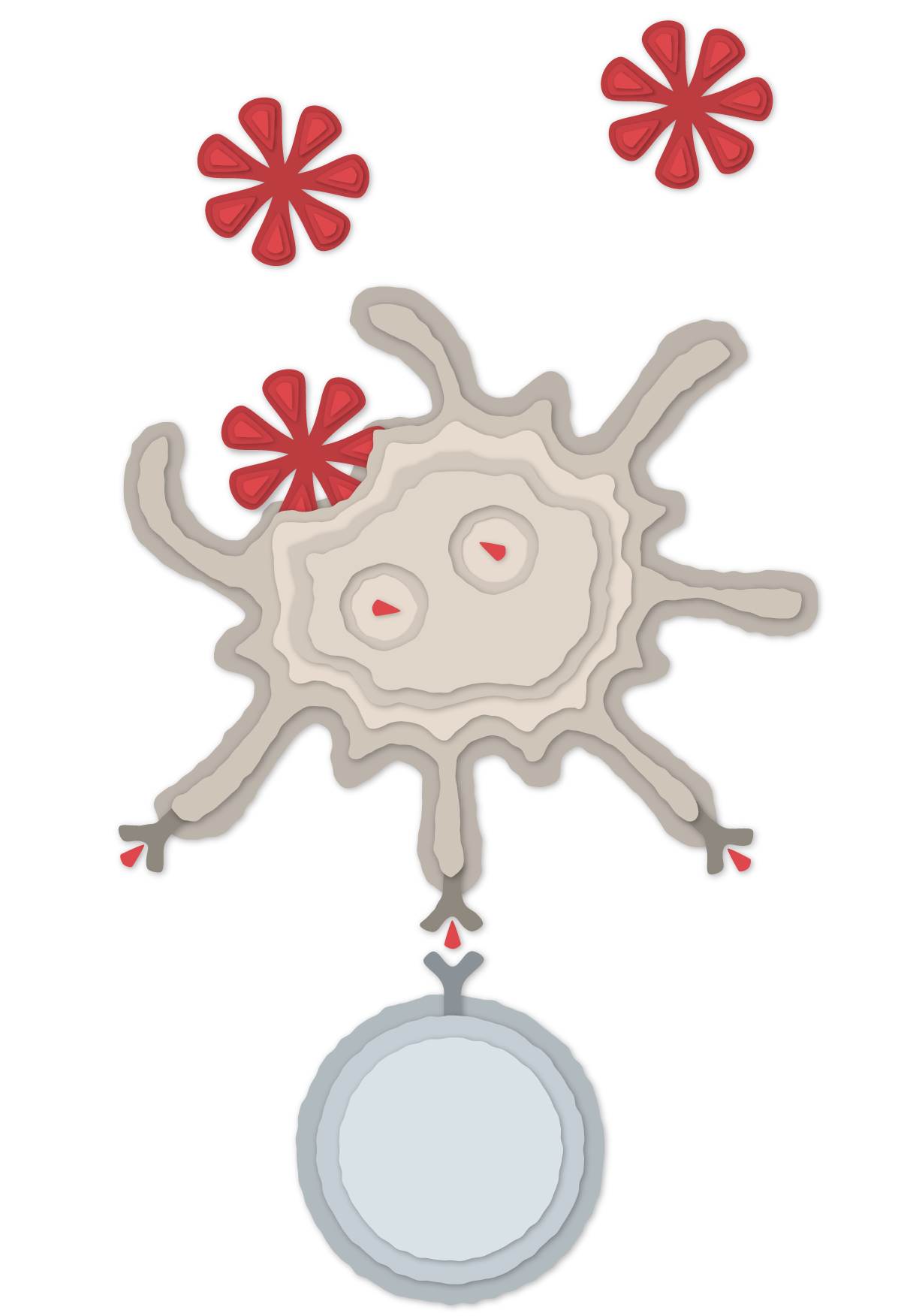 An antigen-presenting cell tears apart the spike proteins and displays some of their fragments on its surface. A so-called helper T cell may detect the fragments. If a fragment fits into one of its surface proteins, the T cell becomes activated. Now it can recruit other immune cells to respond to the vaccine.

Another type of immune cell, called a B cell, may also encounter the vaccine nanoparticles. B cells have surface proteins in a huge variety of shapes, and a few might have the right shape to latch onto a spike protein. If a B cell does latch on, it can pull the vaccine particle inside and present spike protein fragments on its surface.

If a helper T cell activated against the spike protein latches onto one of these fragments, it activates the B cell. Now the B cell proliferates and pours out antibodies that have the same shape as its surface proteins. 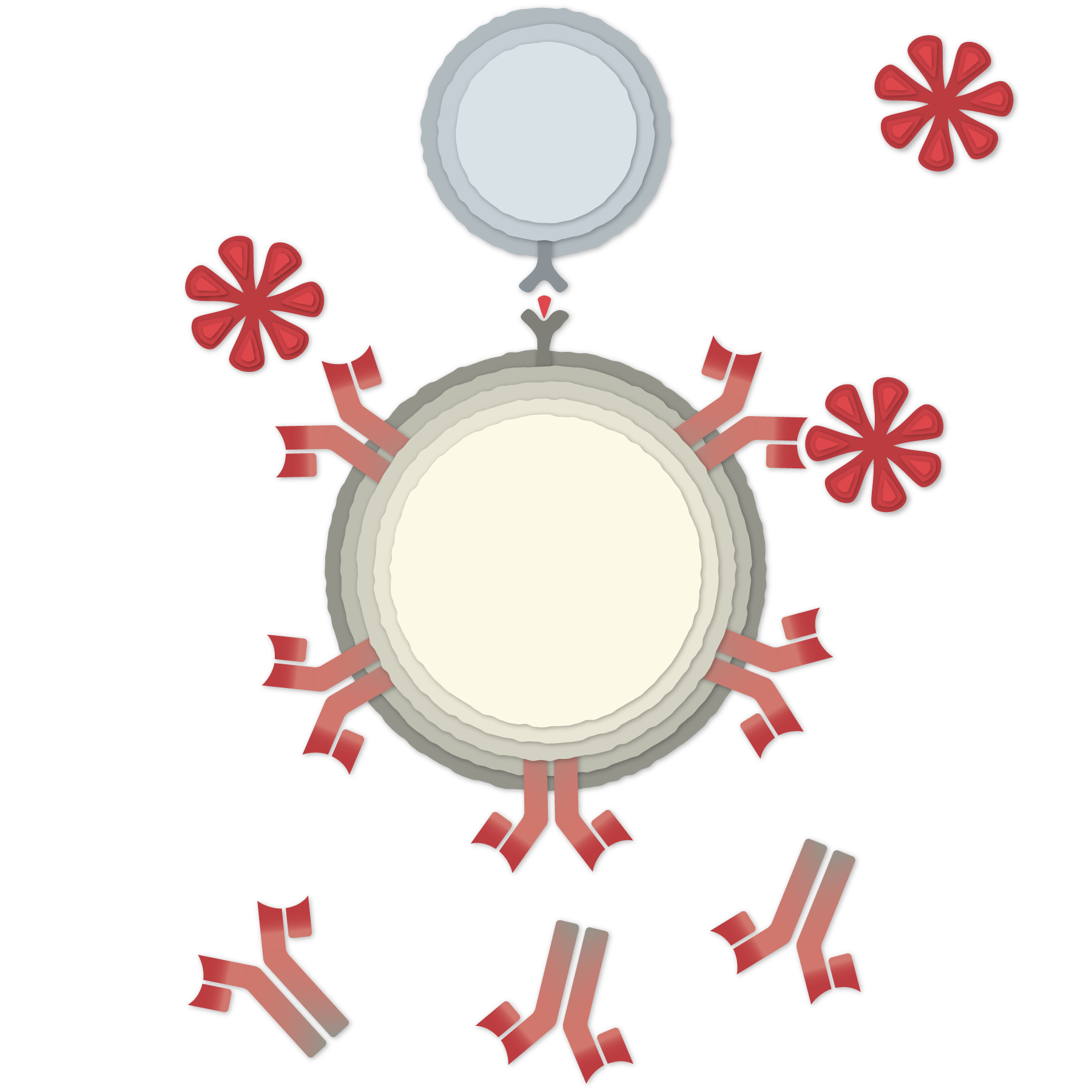 If vaccinated people are later exposed to the coronavirus, their antibodies can lock onto the spike proteins. The coronavirus cannot enter cells, and the infection is blocked. 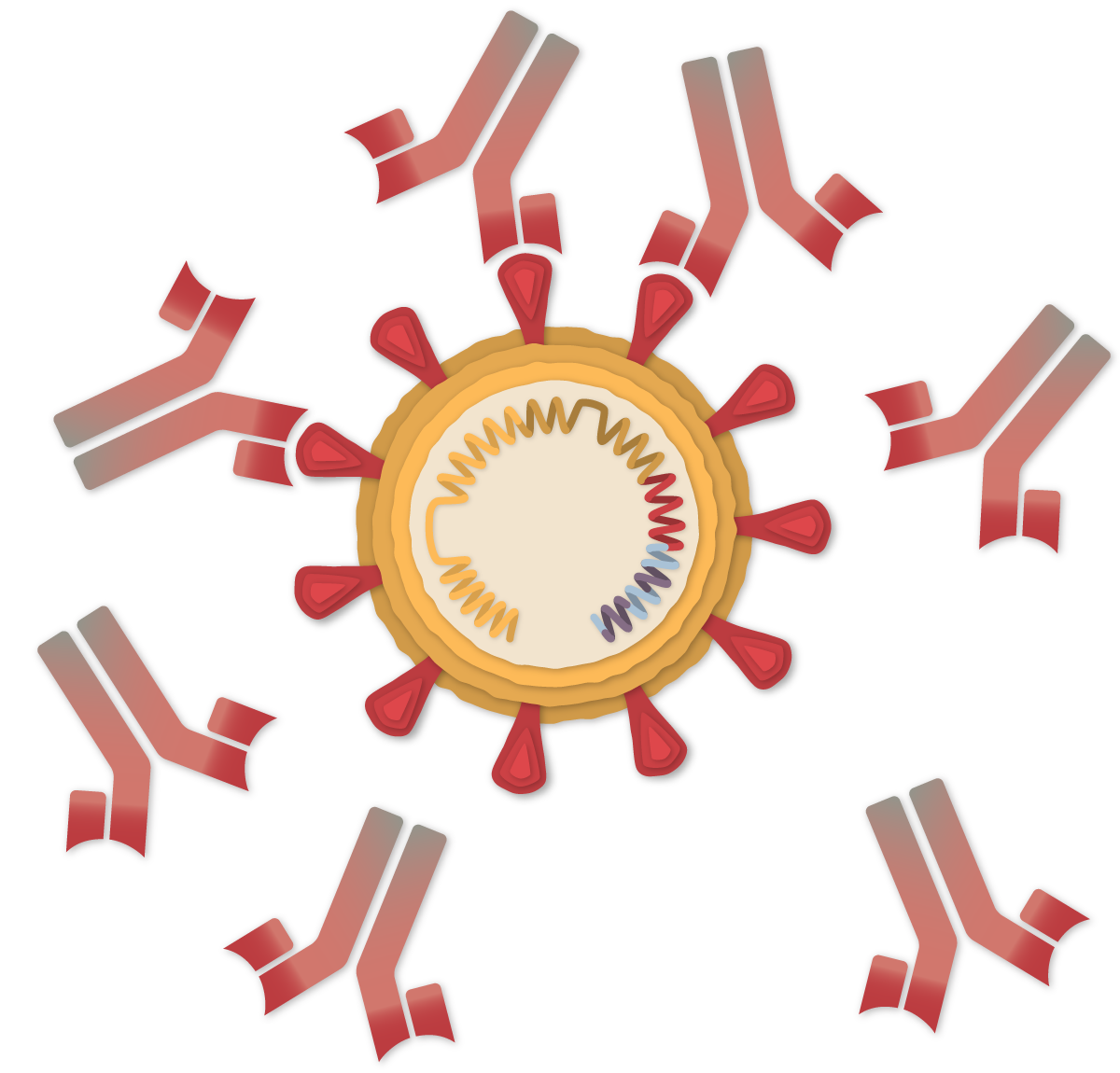 The Novavax vaccine can also trigger another kind of protection by destroying infected cells. When a coronavirus invades, infected cells put fragments of its spike protein on their surface. Antigen-presenting cells can activate a type of immune cell called a killer T cell. It can recognize coronavirus-infected cells and destroy them before they have a chance to produce new viruses. 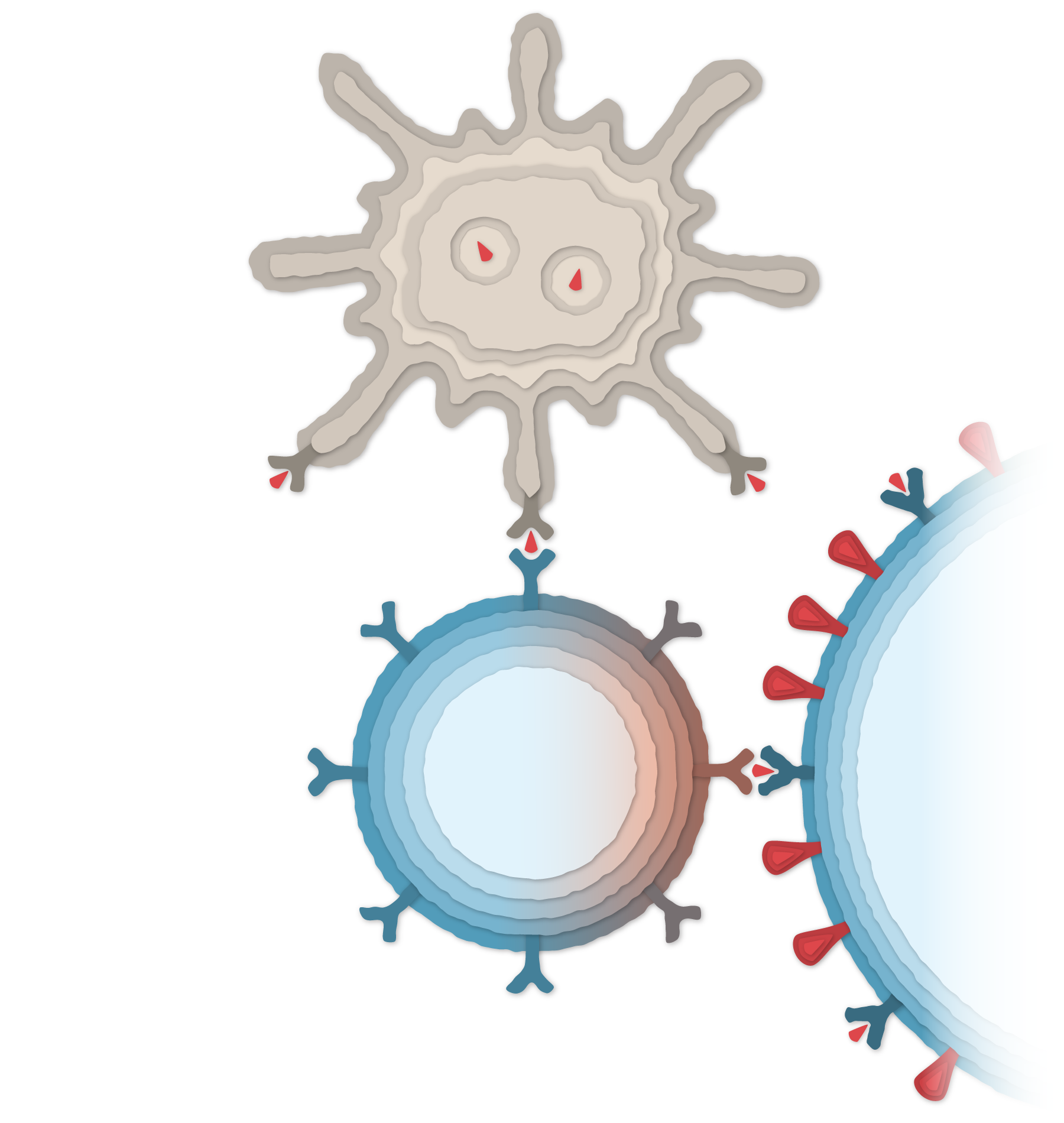 Novavax’s vaccine would be easier to distribute and store than the vaccines from Pfizer-BioNTech and Moderna. While those vaccines have to be kept frozen, NVX-CoV2373 can stay stable for up to three months in a refrigerator. But if the vaccine does turn out to be effective, scientists won’t know for sure how long it provides protection.

If it works like protein-based vaccines for other diseases, it may create a group of special cells called memory B cells and memory T cells. These cells will retain information about the coronavirus for years or even decades, enabling a quick counterattack in response to a new infection.

A screen showing protein structures at a Novavax lab in Maryland.Andrew Caballero-Reynolds/Agence France-Presse

September Novavax launches a Phase 3 trial with up to 15,000 volunteers in the United Kingdom. The trial is expected to deliver results in early 2021.

Dec. 28 Novavax launches a Phase 3 trial with 30,000 people in the United States. The trial had been delayed because of problems with manufacturing the doses required for the study.

2021 Now the clinical trials have succeed, Novavax hopes to deliver 100 million doses for use in the United States this year. and many millions worldwide including United Kingdom, Canada, Australia and New Zealand.

Novavax, Inc. NVAX announced that a phase III study evaluating its coronavirus vaccine candidate NVX-CoV2373 in the United Kingdom met the primary endpoint, demonstrating a vaccine efficacy of 89.3%. Meanwhile, the study also demonstrated efficacy of the vaccine against both the rapidly emerging U.K. and South African variants of the virus.

The study, which was conducted in partnership with the U.K. government’s Vaccines Taskforce, assessed efficacy of the vaccine during a time with high transmission and with a new U.K. variant strain of the virus having been identified.

Per the company, the study in the United Kingdom enrolled more than 15,000 participants aged between 18 to 84 years where 27% of the participants were 65 years old and above.

Please note that Novavax has already initiated a rolling submission for NVX-CoV2373 in the United Kingdom.

Meanwhile, the company also announced positive results from the phase IIb study on NVX-CoV2373 in South Africa. The study demonstrated 60% efficacy for the prevention of mild, moderate and severe COVID-19 disease in 94% of the study population that was HIV-negative.

Importantly, more than 90% of sequenced cases were attributable to the prevalent South African escape variant. The Coalition for Epidemic Preparedness Innovations has funded this phase IIb study in South Africa, which also received a grant of $15 million from the Bill & Melinda Gates Foundation.

Notably, NVX-CoV2373 is the first coronavirus vaccine candidate, which has demonstrated clinical efficacy against the original COVID-19 infection as well as both the U.K. and South Africa variants of the virus. If successfully developed, this can be a major breakthrough for Novavax and might help the company gain an edge over its competitors.

Additionally, Novavax is conducting the phase III PREVENT-19 study which is evaluating the efficacy, safety and immunogenicity of NVX-CoV2373 in the United States and Mexico. The study has already randomized more than 16,000 participants and is looking to enroll 30,000 participants.

We note that several companies have already launched vaccines for fighting the COVID-19 virus.