Track the latest numbers and how they break down in California with our graphics.

See the current status of California’s reopening, county by county, with our tracker. 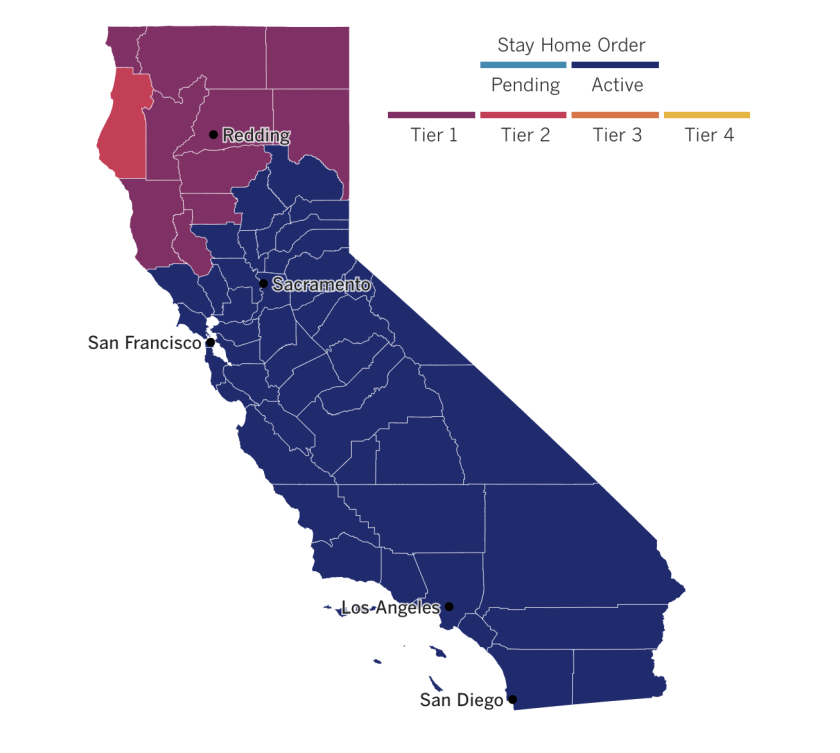 What to read this weekend

Back in October, when it looked like California had the COVID-19 outbreak in hand, researchers at the Institute for Health Metrics and Evaluation used computer models to make an alarming prediction: Even if 95% of U.S. residents wore masks every time they left the house, at least 100,000 more Americans would die of COVID-19 by the end of February. In nine states, including California, the death rate would climb enough to require another lockdown by December.

That seemed surprising at the time: The Golden State was taking the lockdown seriously, largely cutting off indoor dining, shuttering schools and issuing mask mandates. But one really bad surge and another lockdown later, it turns out that the researchers were right. The only matter on which they were off was the size of the surge — it is much larger than even they expected, said Ali Mokdad, a public health professor at the institute.

Mokdad has spoken with my colleague Deborah Netburn about when he thinks the nightmare will end, as well as what factors may influence the virus’ retreat. A few key predictions to keep an eye on: Infections will peak in California on Jan. 27, with 135,800 new cases; peak mortality will follow around Feb. 9, with 652 deaths that day; and the cumulative death toll on April 1 will be at least 70,837. Read their conversation to find out what numbers we should be watching to see if California is turning things around.

A singular victim of COVID-19

Marshall McKay, the 68-year-old Northern California Indigenous leader of Pomo-Wintun heritage, helped secure economic independence for the Yocha Dehe Wintun Nation near Sacramento. A deep supporter of cultural causes, he became the first Indigenous chairman on the board of the Autry Museum and helped steer it from being a “cowboy museum” to a truer reflection of the American West.

He and his wife, Sharon Rogers McKay, were both hospitalized after experiencing severe COVID-19 symptoms. His wife survived; McKay did not.

Rick West, president and chief executive at the Autry, said McKay’s death marks a huge loss not only for the museum but for Native culture at large. West called McKay “one of the five — maybe even three — significant Native leaders in the late 20th century and early 21st century period.”

McKay helped the Yocha Dehe reclaim land in ancestral territories, open a casino to become economically independent and expand into agricultural production with artisanal olive oil. But as a tribal leader, cultural issues were just as important to him as economic ones.

“The economics and the fight for sovereignty — the things I fought for all of my life — I think we’ve got that,” he told the Sacramento Bee in 2006. “Now we need to revitalize our spirituality, our culture — for the young people.” 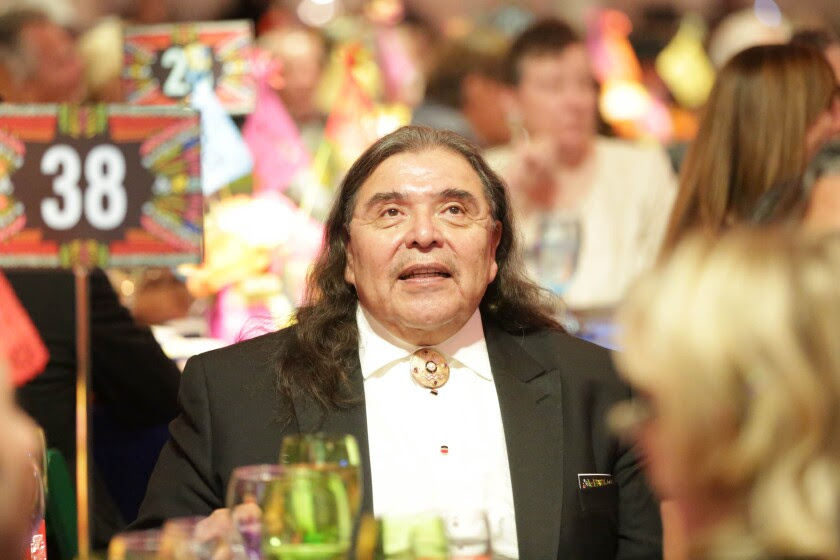 If you’re wondering what kind of region would run a high risk of faring poorly in a pandemic, look to the Inland Empire.

These coronavirus victims are predominantly from Latino, Black and low-income communities, where multigenerational homes and crowded workplaces are common. The region is home to warehouses that have driven up air pollution, which has led to rising rates of asthma — a condition that can worsen the severity of COVID-19.

My colleague Ruben Vives describes troubling scenes at area hospitals, including the Arrowhead Regional Medical Center in Colton, where a 41-year-old man was intubated and placed on dialysis after his kidneys began to fail due to COVID-19.

“That’s our average age that we’re getting,” clinical director Ravneet Mann said. “They’re coming in younger and coming in sicker.” 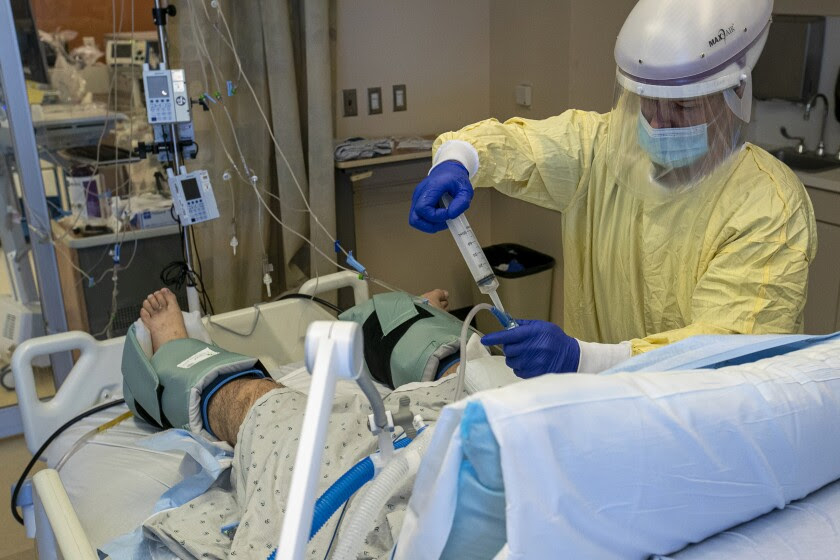 Gustavo Arellano knows firsthand how the pandemic has damaged small businesses in Southern California: A COVID-19 scare forced his wife to close her Santa Ana market for the Black Friday weekend, the busiest retail weekend of the year. Then, while Arellano stood in front of her closed store, a man walked by and complained that Gov. Newsom’s pandemic restrictions on Southern California were unfair — and that masks didn’t work.

Arellano did his best not to lose his cool. In the end, the shop needed to open, “and spite and malice weren’t going to take out the trash or run the register while my wife whipped up breakfast quesadillas.”

Although there’s a lot of ugliness out there right now, Arellano decided to greet the new year by focusing on stories of pandemic perseverance. He talks about a warehouse worker using his spare time to promote small businesses in La Puente; Mexican families who survived the Juniper Hills fires; a widower in Joshua Tree whose wife died because she couldn’t get the medical aid she needed from hospitals drowning in COVID-19 patients.

“Hobbled or heartbroken, they trudge ahead and shared their stories with me so that they might inspire others to imagine another California,” Arellano writes. Read the full column for a strangely uplifting perspective on the Golden State’s coming year.

Wear your own bubble

Social media star Shay Rose, a 21-year-old UCLA student, has built a following by building handmade whimsical costumes that re-create looks from Disney princesses and Lady Gaga. She recently put her skills to work fashioning a dress that doubles as a social-distancing bubble, with a 6-foot radius (per the recommended guidelines). Two months and 350 feet of very pink tulle later, the finished project had racked up 3.9 million likes and 16.8 million views on TikTok.

“There’s no way it can fit through a door, so it’s in no way ever going to be practical,” Rose said of her gown, which covers 113 square feet. “But my idea behind it was just that question of, ‘Oh, what if? Would this even work? What would it look like?’”

It did work, and it looks fabulous. And of course, it comes with a bubblegum-pink face mask to match. Shay Rose in her social distancing dress at an empty parking lot at the Irvine Spectrum.