Experts in Israel say that even as data on the Omicron variant of coronavirus increasingly shows it to cause milder illness than previous variants, the rate at which the virus is spreading in the country will still likely place a burden on hospitals due to the sheer number of cases.

“We could see a huge overflow in hospitals, and may reach fifteen or twenty thousand cases a day,” Eran Segal, a computational biologist from the Weizmann Institute of Science, and one of the top advisers to the coronavirus cabinet, told Channel 12 news on Friday.

“The big question is how much less severe the Omicron strain is than Delta,” he said.

Segal noted that data from the United Kingdom currently shows that Omicron is half as severe as the previous variant, while data from Denmark shows three times less severity compared to Delta. “Even if we find that it is twice less severe, we are still likely to see a large overflow in hospitals,” he added.

According to Channel 13 news, experts warned Health Ministry officials that Israel could see some four million cases in the upcoming wave of infection, if Omicron hits the country in a similar way to the UK and Denmark. Get The Times of Israel’s Daily Edition by email and never miss our top stories Newsletter email address By signing up, you agree to the terms

The ministry said 1,502 new cases were confirmed on Thursday, bringing the week’s total to 7,743, an increase of 73.6% compared with the previous seven days. Thursday was also the fifth consecutive day with over 1,000 new cases. 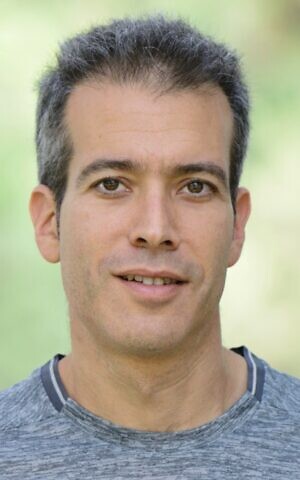 “We know that the booster [dose] also protects against infection, probably less than it did before Delta, but it protects very significantly,” Segal said.

The virus reproductive rate, or “R” number, also continued its gradual rise Thursday, hitting 1.34, up from 1.02 in early December. The rate, which calculates how many people on average every case infects, is based on data from 10 days earlier. Any value above 1 shows that the pandemic is expanding. Advertisement

Amid the rise in infections, Channel 12 reported Friday that starting Sunday there will be “massive” enforcement of the current virus restrictions in shopping centers and at New Year’s Eve parties.

Despite the rise in cases, the number of serious cases has not risen drastically so far, with 34 serious cases during the past week. This marked an increase of 41.7% compared to the previous seven days. As of Friday afternoon, there were 88 patients listed in serious condition, with 80% of them unvaccinated.

The death toll since the start of the pandemic stood at 8,241, with the most recent casualty on Thursday. 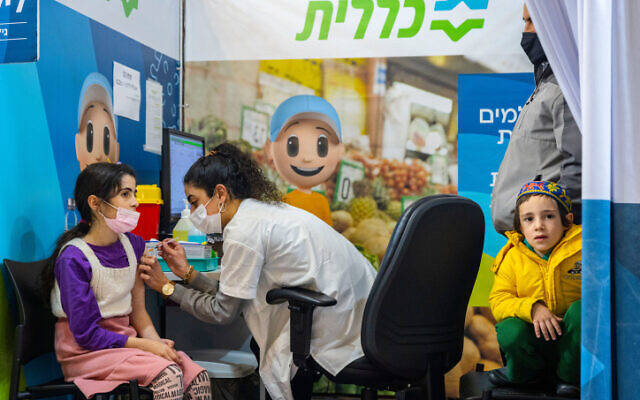 A girl receives a dose of the COVID-19 vaccine at a Clalit vaccine center in Jerusalem on December 21, 2021. (Olivier Fitoussi/Flash90)

That roll-out had been set to start Sunday but the ministry delayed it after reviewing preliminary data suggesting that people with the Omicron variant are between 50%-70% less likely to need hospitalization than those with the Delta strain.

At least 11,358 Israelis received their first dose of the vaccine on Thursday, most of them between the ages of 5 and 11 — an age group that was recently granted approval for inoculation. The total figure of first doses was the highest daily amount since October 3.

Some 14% of the 5-11 age group — 185,000 kids — have been inoculated with at least one dose. According to Channel 13, Prime Minister Naftali Bennett had sought to vaccinate half a million kids by end of December, but parents have been slow to do so.